Selfie: Sisters of the Amniotic Lens

BUY
The endless, halcyon days of the summer of love are over, the travellers and minstrels, dreamers and drug dealers have gone. Now it's 198X, you wake up in a very bad situation. You were the "Sisters of the amniotic lens" and now it's time to face what you did all those years ago.

Turn off your mind, relax and float down stream, it IS dying...

Selfie: Sisters of the Amniotic Lens might be the closest games have come to emulating both David Lynch and Richard Linklater at the same time. [...] Selfie not only wants to open up to you, but also for you to open up to others. You don't see a direct call to action in many games, but Selfie breaks down these barriers to express something new, and ends up being a strange, wonderful thing because of it.

...It's a beautifully liberating act to free your sins to the universe of Rail Slave Games' evocative work...

...Selfie: Sisters of the Amniotic Lens is a powerful game, one that may just save a life through the kind words of a stranger. And that life may be yours.

[To Dylan]...Your games are filled with dark imagery, symbolism, and references pulled from across the Bible...

This is unprecedented in gaming. People baring their very souls to the world, and receiving selfless love and kindness in return. It's a virtual paradise in an environment increasingly filled with negativity and outright evil.

But these messages let you enter other people's minds, to hear their thoughts and think like them, and in that sense it's one of the most pure distillations of intimacy through multiplayer around. All multiplayer gaming is a conversation with someone else through gameplay. Selfie just simplifies a lot of those aspects.

What I can do, however, is recommend that you buy it. Even if I know that many of you will absolutely hate it. If the purpose of art is to elicit an emotional reaction, Selfie is a formidable work, because it invites you to strip yourself bare and feel... things.

Oh, and the music is excellent. As such, Selfie is challenging, unique, raw, harrowing, life-affirming and excruciatingly difficult to quantify. In fact, I'm convinced that some of you will hate it with a passion.

Gru's comments: Selfie is... very deep. I was in charge of programming the experience (it's a non-game) and during development didn't actually understand much of the big picture. To someone outside it may even seem hermetically inconclusive and erratic. It does have references all over the place, but it requires a well-read and willing participant in the experience to actually discover what's there. It's much more of a self-exploration invitation then anything else. 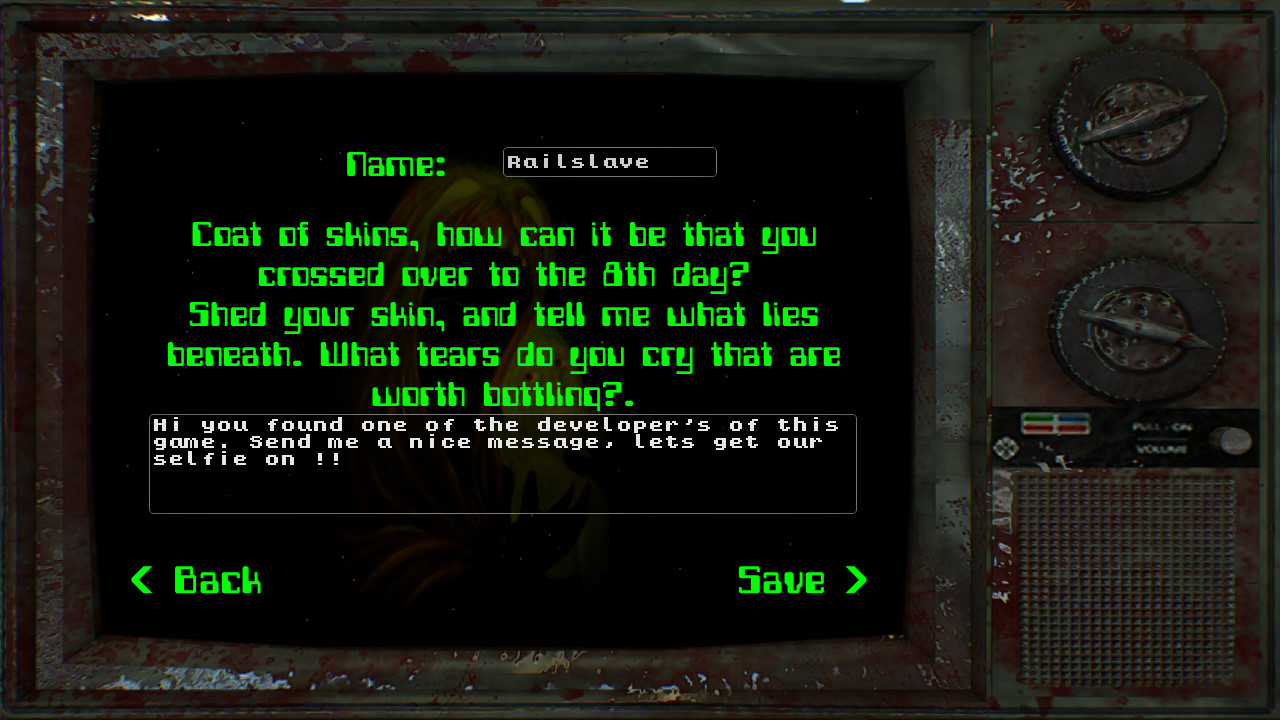 There are also some things that we did first, ever. It's the social network aspect inside the game, which in the end got glorified for an 'online confession booth'. I does have the theme of 'sins from the past' and it leaves open to the participant what personality and weight to actually plug into it. This conveyance of personality, which is your profile, is revealed to others and left for their judgment. I wouldn't say it's the central part of the experience (it was supposed to be even more humble than it is), but it's the one that caught on the most, because it leaves the participant with a sense of vulnerable openness. This ties with theme of revealing one's sins, among other things. 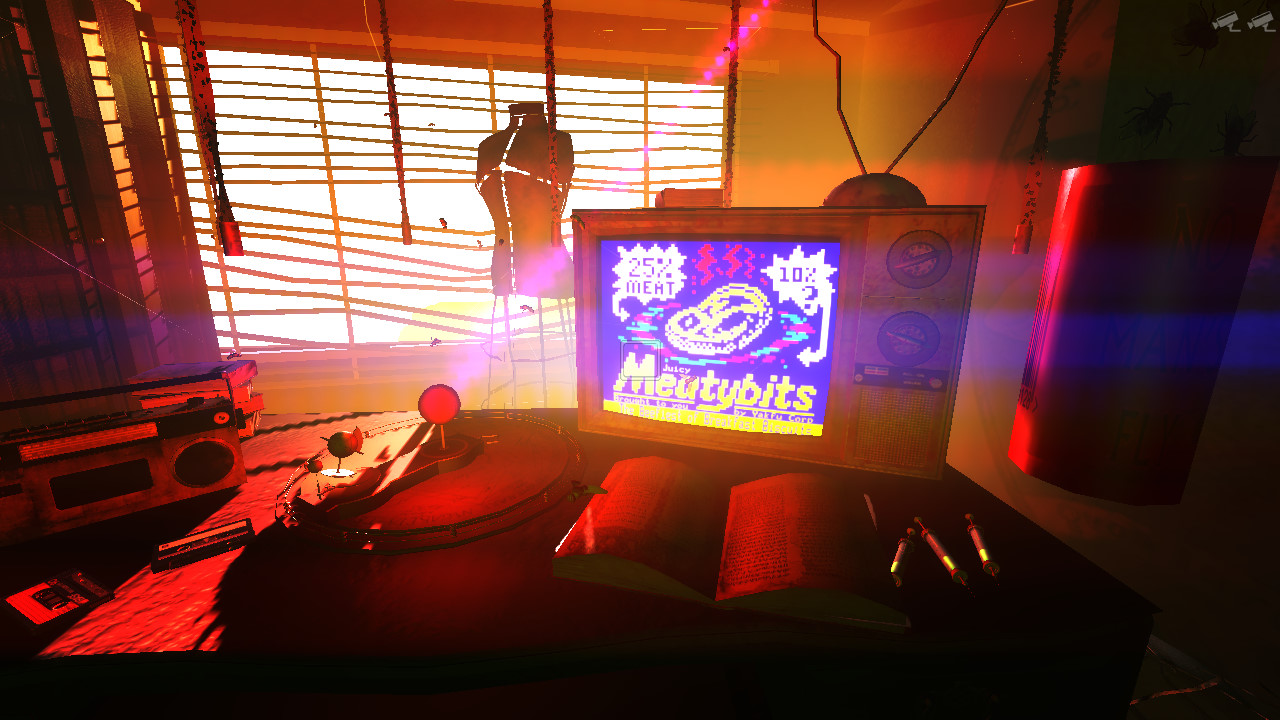 The game has a small but faithful (in more then one sense) community around it. I know from Dylan's stories that it did have a powerful, life-changing impact on a few people. 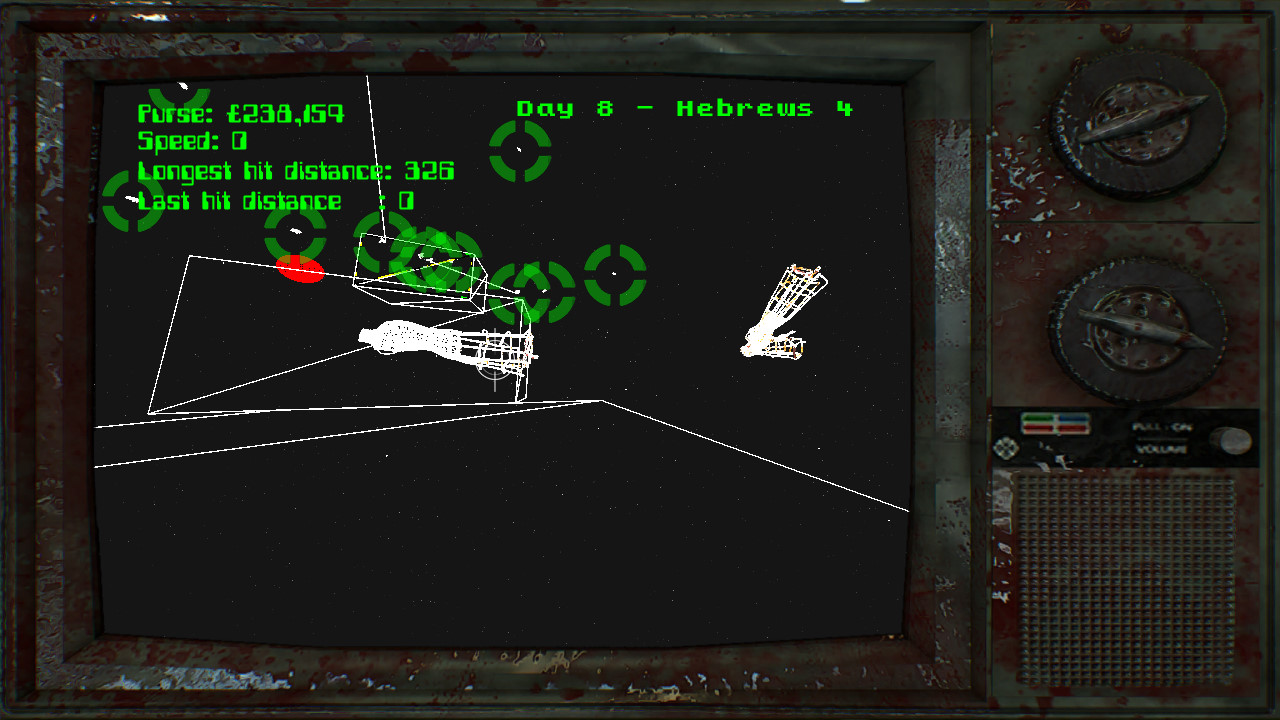 Selfie was very well received by critics and fans alike. It does what it says on the tin, so the people that immersed in the experience self-selected for it. We even got 9th indie game of the year award by one publication! 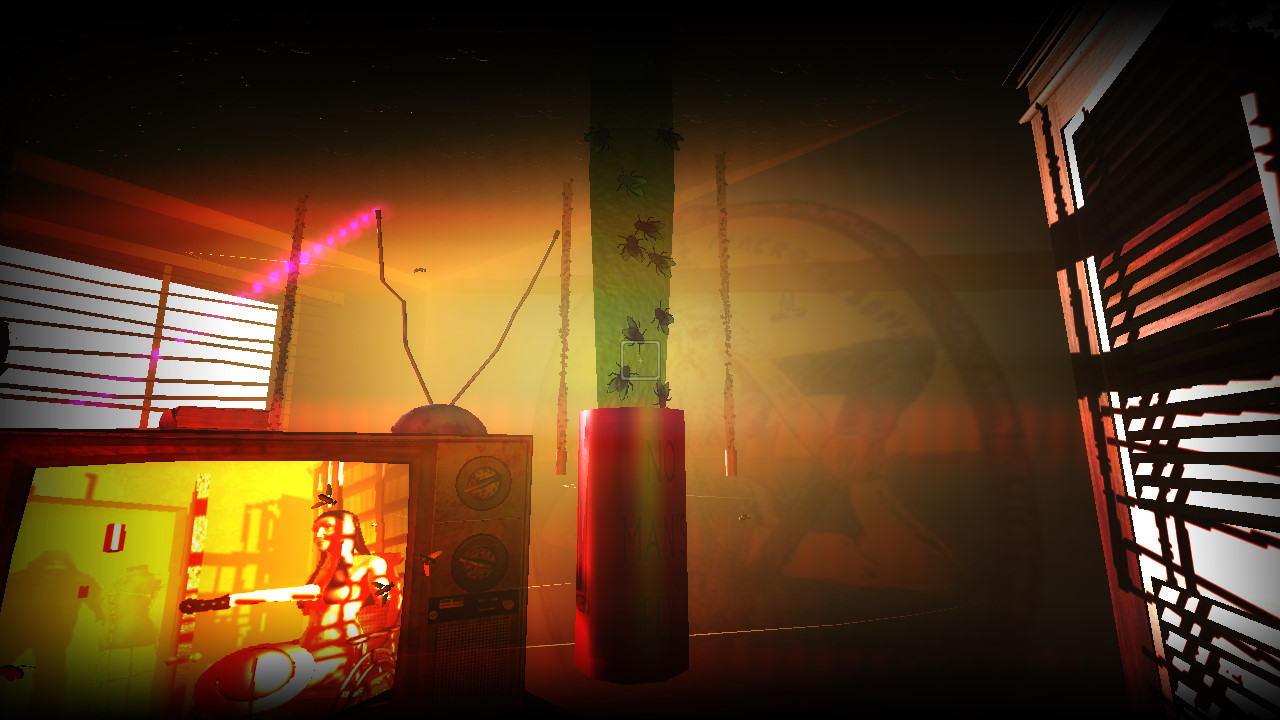 Some "angry critics" thought people would abuse the openness of others, but after a couple of years I can tell you there was absolutely none of that.