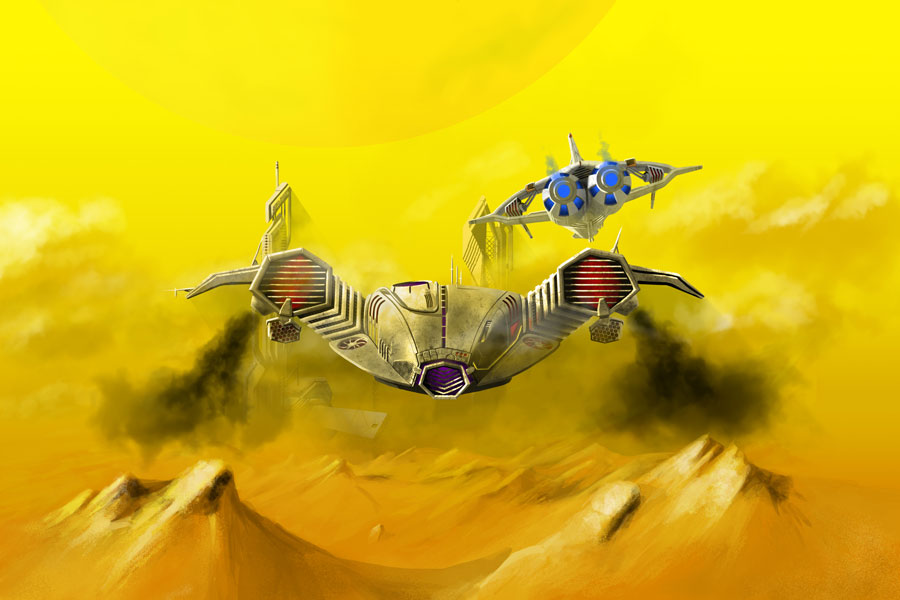 Balancing a SHMUP is like balancing a house of cards - one wrong move and it falls apart.

Believe it or not, shmups are not at all easy to balance. That's because audience can vary from the very least experienced to the most hardcore players going for score. Most projects in this genre fail because either they fail to provide the appropriate excitement curve for the player, or there is something wrong with the mechanics. Not that they fail because of lack of explosions... Since all skill levels of players must be taken into account, modern vertical shooters provide difficulty selection. Sometimes that works, but the player then chooses challenge for himself much of the time. Also if infinite continues are allowed, players will simply rush the game just to see the ending and then loose interest. So another problem is how to allow the player to continue, but be somewhat restrictive. That's why I've decided to implement the mechanic of choice continues: at the beginning of each stage player has 3 lives, and can continue to the end of the stage, but will not unlock the next stage if he does. Why does it work for me? Because player can pick from which stage to play, and not have to play from the beginning every time (similar to Jamestown).

What I'm trying to do is create a game where the player must observe and think. Dodging in shoot-em-ups can sometimes be really simple. Shmups are not coin - munchers! Here is an example on one of my levels. All it takes is finding a comfortable spot and doing it in a way that works for you. Just like in life :) I wanted to show a simple but effective pattern combination.This is about half-way into the level.